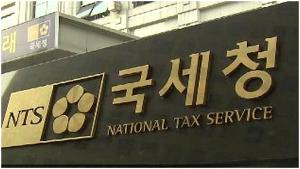 The National Tax Service (NTS) announced on July 7 that it had opened tax investigations into 46 people suspected of being involved in new types of offshore tax evasion.

Investigations are ongoing in cooperation with foreign tax authorities, including Swiss ones, and the types include offshore secret accounts, tax evasion based on fintech platforms, and illegal internal transactions.

The 46 people include 14 linked to offshore secret accounts. According to the NTS, they collected black money at home and abroad and kept it using these accounts to avoid reporting overseas financial accounts and paying taxes. The rest include 13 related to the breakout based on the fintech platform. According to the NTS, they concealed the proceeds of their sale using the fintech platforms of global electronic payment and settlement agencies.

Others, including those representing multinational corporations, are suspected of having transferred their income through illegal transactions with affiliated entities such as overpaying royalties, buying high-priced products, and overpaying money. service charge.