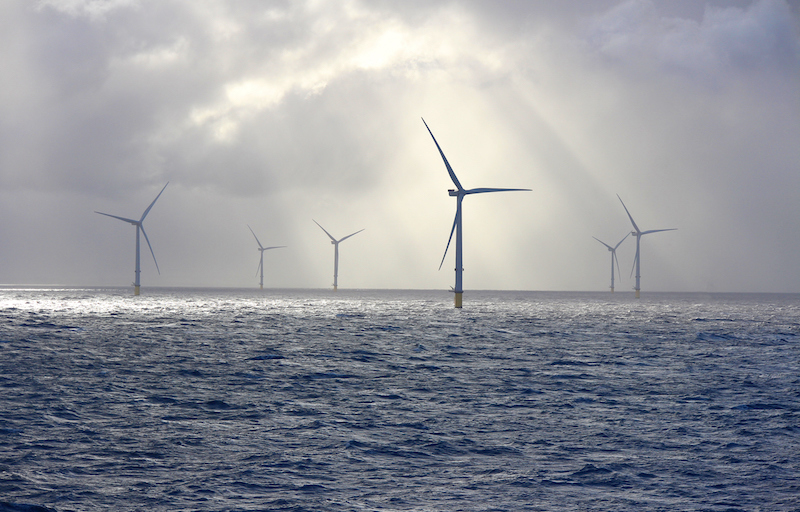 Entergy, Diamond Offshore Wind to assess potential in the Gulf

JEFFERSON, La. (press release) – Entergy Louisiana, Entergy New Orleans and Diamond Offshore Wind, a subsidiary of Diamond Generating Corporation, announced the signing of a memorandum of understanding regarding the evaluation and potential early development of the wind power generation in the Gulf of Mexico. The deal could put Entergy in a position to provide another source of clean energy to customers while bolstering economic development in the region.

“This is an important first step in eventually bringing wind power to our Louisiana shores,” said Phillip May, president and CEO of Entergy Louisiana. “Although there is still work to be done before this happens, we are delighted at the opportunity to begin this process. We aspire to help our communities prosper for generations to come, and this marks another step in fulfilling that mission.

“Clean, affordable energy is an engine of economic growth, which translates into increased investment and well-paying green jobs in our communities,” added Deanna Rodriguez, President and CEO of Entergy New Orleans. “Entergy New Orleans understands the importance of providing customers with clean energy to reduce the impacts of climate change and doing so in a way that keeps service affordable for New Orleans families and businesses. This agreement creates another possible route to meet these demands.

The MOU provides a legal framework for Entergy and Diamond Offshore Wind to work towards the development of potential offshore wind demonstration projects located in Louisiana waters and will focus in the short term on the evaluation of grid interconnection to determine the optimal size and location of future offshore wind developments.

Earlier this year, Louisiana Governor John Bel Edwards introduced the Louisiana Climate Action Plan, which offered a series of recommendations that could lead Louisiana to net zero greenhouse gas emissions from by 2050. A key part of this plan is to achieve five gigawatts of offshore wind generation by 2035.

“Diamond Offshore Wind is pleased to announce its partnership with Entergy Louisiana and Entergy New Orleans to explore the construction of the first offshore wind project in Louisiana state waters and the Gulf of Mexico,” said Chris Wissemann, CEO. of the society. “Louisiana has a tremendous opportunity to develop an offshore wind industry that serves the entire country, and through this project we hope to accelerate its development, create jobs, provide a renewable energy source for Louisiana customers and help Louisiana meet its climate goals. .”

Entergy Louisiana currently has approximately 280 megawatts of renewable resources, including the Capital Region Solar Facility, which began delivering electricity to the grid in October 2020. Along with nuclear generation, nearly 30 % of the company’s portfolio comes from renewable resources. Additionally, the LPSC recently approved 475 megawatts of solar power with an additional 2,000 megawatts in the queue.

Entergy New Orleans’ diverse generation portfolio includes the 20-megawatt New Orleans Solar Station and the soon-to-be-completed Iris Solar and St. James Solar projects that will add an additional 70 megawatts of clean power. Additionally, the company has five megawatts of solar power installed on commercial and residential rooftops. Together with nuclear, these carbon-free resources represent nearly 40% of the company’s generating capacity and will continue to reduce Entergy New Orleans’ carbon emissions, which today are already nearly 40% lower than the national average.

Entergy Corporation has been an industry leader in voluntary climate action for more than two decades. In 2001, the company was the first US electric utility to commit to voluntarily stabilize greenhouse gas emissions. This goal has since been accelerated with a commitment to achieve net zero carbon emissions by 2050.

Diamond Offshore Wind is a subsidiary of Mitsubishi Corporation.

Ahlibank announces the launch of the cashback offer at Shell Oman

Unclaimed FDs: Here’s What You Need to Know