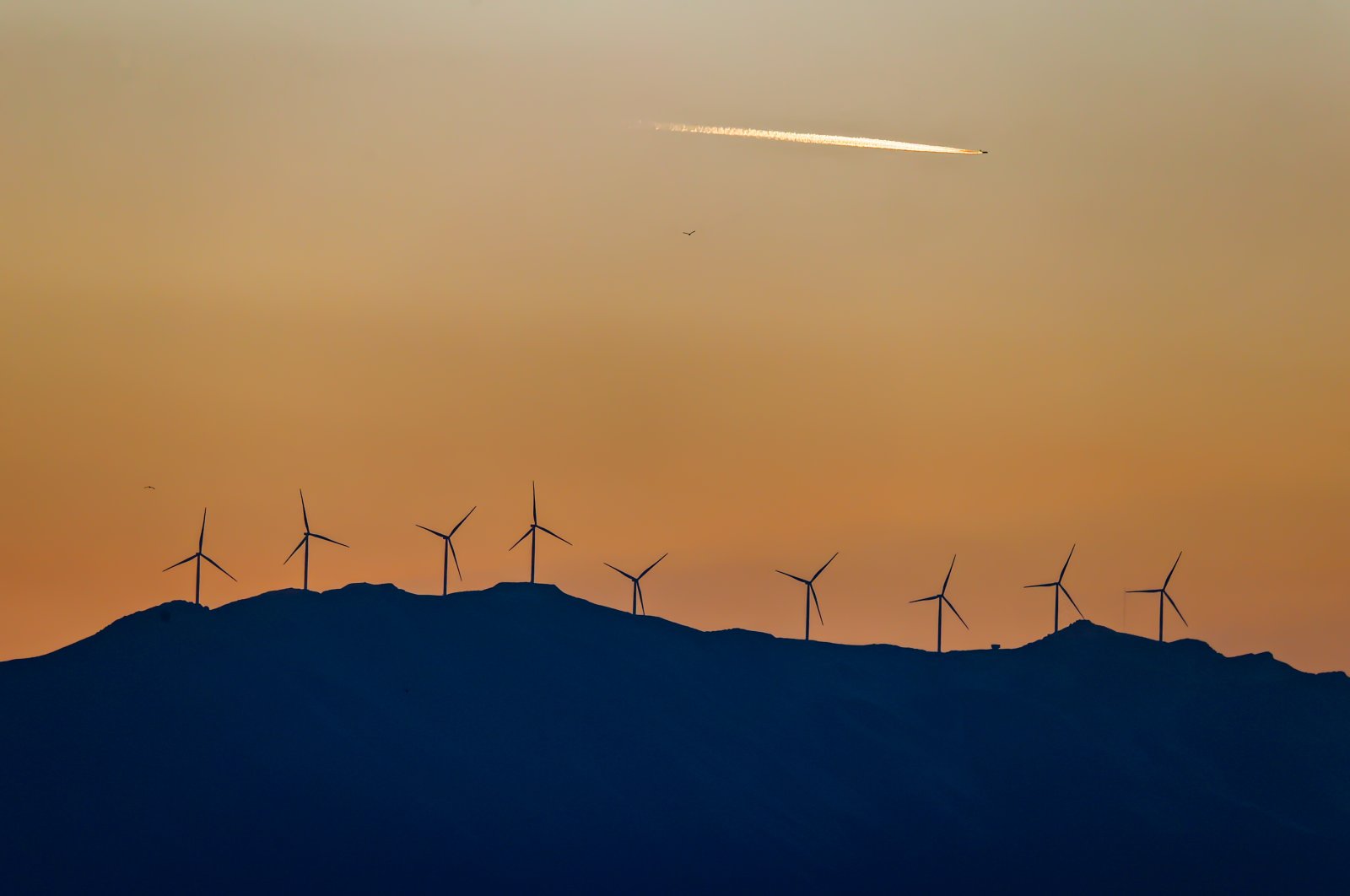 Stepping up its efforts to boost renewable energy, Turkey has invested some 1 billion euros (about $1.05 billion) in new wind power capacity throughout 2021, according to a report by the European association. of the wind energy business.

This figure was still lower than the 1.6 billion euros invested in 2020 which made Turkey the fifth largest investor in wind energy in Europe.

Last year, around 41 billion euros were invested in the construction of new wind farms in Europe, financing a record 24.6 gigawatts (GW) of new capacity, according to WindEurope’s report on financing trends and investment – The European wind industry in 2021.

The amount was 11% lower than the 46.6 billion invested in 2020, but wind power remains an attractive investment and there is a lot of capital available to finance it.

In a major step in its push towards green energy, Turkey managed to surpass the 10,000 megawatt (MW) wind power installation threshold last year.

It has thus succeeded in increasing its wind capacity tenfold over the past 10 years, having developed a strong wind energy supply chain. Wind power now accounts for at least 10% of Turkey’s energy mix, making it the second-largest source of renewable energy after hydroelectricity.

Some 1,750 MW of wind power capacity has been added throughout 2021, according to the Turkish Wind Energy Association (TWEA), the highest annual addition to date. A previous record increase was recorded in 2016 with 1,248 MW.

Wind accounted for half of the overall increase in power capacity, which topped 100,000 MW at the end of March this year. The share of renewable energy resources in the total installed capacity has reached more than 50%.

The total installed capacity of wind power reached 10,750 MW at the end of 2021, according to TWEA.

The EU is not reaching its target

In Europe, the €41 billion investment covered 24.6 GW of new capacity: 19.8 GW of onshore wind – a record amount – and 4.8 GW of offshore wind, according to the WindEurope report .

Yet investments are well below the 30 GW per year needed between 2021 and 2030 to meet the European Union’s 40% renewable energy target.

Last year, installations totaled just 11 GW, meaning the rate of installations the EU needs from 2022 to 2030 has risen to 32 GW per year to meet existing targets.

The report pointed out that interest rates remain low at the moment, but there has been market turbulence caused by supply chain shortages and high energy prices, causing interest rates to rise. record inflation in the last quarter of 2021.

Russia’s invasion of Ukraine has added upward pressure on inflation and could weaken growth by disrupting trade, the association said.

Turkey has seen considerable diversification of its energy mix, notably through the expansion of renewable generation capacity.

All of the 10,750 MW installed today is onshore wind, but the country has expressed its intention to extend the reach and build offshore farms as well.

In its April report, the Global Wind Energy Council (GWEC) named Turkey among the four countries with the highest offshore wind energy potential.

Turkey has made the security of its energy supply one of the central pillars of its energy strategy, which has led to efforts to boost investment in the clean energy sector.

Turkey’s wind capacity and equipment production have grown to the point that it now ranks among the top 10 global markets.

The growth of this sector has already enabled Turkey to become the fifth largest equipment producer in Europe in 2020. And this growth has also helped Turkey expand its exports to 45 countries.

Keep up to date with what is happening in Turkey, in its region and in the world.

As Lebanon’s economy slumps, PM sees refugees as a burden

Covid loans, the billionaire… and Starling, the very fast-growing bank |…